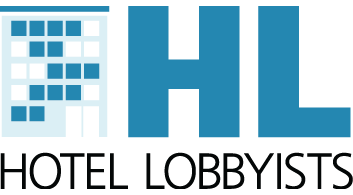 It’s been called a few different things since its original construction several decades ago – many will remember the days this structure was the Omni Georgetown Hotel; and others will remember a time when P Street meant visiting the Radisson Barcelo Hotel.  But for seven years now, the address 2121 P Street NW has meant the exquisite Hotel Palomar.Palomar is one of two sub-brands (along with Monaco) of Kimpton Hotels and Restaurants.  The Palomar name which can also be found in San Diego, San Francisco, Philadelphia, Dallas and Chicago, is Kimpton’s version of art in motion.  These modern urban instant classic serve an upscale and refined audience, but less stuffy than many of the more recognizable names in the luxury or upper upscale segment.  The Palomar, like it’s other Kimpton brethren enjoys a splendid pet friendly atmosphere, and lovely added values like comp internet throughout and a wine hour each evening.

I had the pleasure of staying an entire work week here on P Street just west of Dupont Circle.  The location is highly coveted, walking distance of easily one hundred shops and restaurants plus easy access to Dupont Circle metro.  The Dupont Circle neighborhood is extremely lively  and is the premier spot for nightlife.  Business travelers will marvel at being in the heart of things when returning to the hotel each evening.  For leisure travelers, a rare outdoor pool awaits on the second floor in the rear of the hotel.

Staff at the Palomar are well trained and do an excellent job at recognizing guests ,particularly repeat guests.  Rooms, even standard rooms, are oversized compared to the city average.  Though there are smaller room types in their standard category, the majority are at least 50% larger than their competitors.   The public space is contemporary, clean, and inviting.  They also have a fine on site restaurant, called Urbana, which has been successful since its opening.

Boutique hotels have always implied small – but this Palomar has 335 guest rooms and plenty of meeting space to host a conference.  Because of the floorplan, two groups can really utilize their space well without tripping over one another.  The flow of this hotel, with the lobby in the middle, restaurant on one end and meeting space on the other, is another great asset.

While priced a bit higher than some of the other hotels which fashion themselves boutique, this is a full service luxury level property and often times the premium is very much justified.